Inauguration Day - January 20, 2009 Andy Updegrove compares the mood in 1969 (Richard Nixon's inauguration) with today, discusses the similarities and differences, and ends on a positive note. Andy quotes from Nixon's inaugural address, with commentary. "Then, as now, it was a time of uncertainty, with wars both cold and hot raising tensions internationally and inflaming passions at home... His predecessor had left office with abysmal approval ratings... A substantial percentage of the electorate could not wait to witness his departure... Then, as now, the contrasts that day were stark - between the opportunity for the new President to achieve grand results, and the certainty that, almost immediately, events and forces as yet unknown would inevitably work to thwart him. Would he be able to rise to the challenge?" I remember the Nixon years only too well (I emigrated to Australia during that time), so quite a bit of the article was rather depressing for me to read: impressive words that weren't fulfilled. But Andy ends on a positive note, because there is one essential difference between then and now: "... unlike those dark days of the 1960s, this is a time of true celebration and genuine inspiration. Not because the times are less troubling, but because the President elect is less troubled. Unlike the paranoid and conflicted Nixon, Barack Obama seems at ease with himself, and projects an ability to selflessly lead. Never before in my lifetime has there been such a wave of hope converging upon a single leader, nor such a confluence of goodwill from all sides." Well said, Andy.

I finally got around to phoning the plumber on Monday. They arrived promptly (on time!) at 7 AM Tuesday. A bit over an hour later, they were done. I hadn't realised I missed hot water until I had it again.

My new role at OpenOffice.org: Co-lead of Documentation Project

It's now official: I've been assimilated. (Resistance was futile.) I've been elected as Co-Lead of the Documentation Project at OpenOffice.org. Many of you will recall that in late November 2007, I announced that after 5 years with the OpenOffice.org project, it was time for me to move on to something else, so I ws winding down my activities by the send of that year. Then in March 2008, I admitted that I was still involved, though not in the (unofficial) role of lead editor at OOoAuthors, the group producing the user guides for OpenOffice.org. And now the holiday is over. :-) In my new role, I expect to be mainly continuing what I've been doing all along: overseeing the production of the user guides. I hope I'll be a bit more disciplined in tracking and scheduling and other project-management activities—things I know perfectly well how to do, but usually don't get around to. I also plan to start blogging on OOo-related topics on my Taming OpenOffice.org website; we'll see how that goes.

The Art Of Community

The Art Of Community is a new book being written by Jono Bacon, the Ubuntu Community Manager, which will be published by O'Reilly in 2009. Topics include:The book will be available for purchase in print and will also be released online under a Creative Commons license. Read more about the book here. I'm following progress on the book (on its website) and looking forward to reading it when it's done, or parts of it as they become available online.

I've been reading blog posts about making the most of social networking sites and plan to report on a few of them here. I hope that those of you who aren't already much more tuned in to them than I am may find something of interest in the sites I mention. One of the best posts I've seen so far is The Perfect Social Media Trifecta: Have you found yours? on GrayMatter Minute, a blog by Renee Lemley. Quote from the About page: "Ready or not, social media is here to stay. And so we need to study it, understand it and learn how best to use it to support our ... objectives." The trifecta referred to is Facebook, LinkedIn, and Twitter. I'm on the first two, and am likely to soon join the third. That blog, and others (not counting the "plane landing in the Hudson River" episode), are making me aware of Twitter's possibilities (from a "what's in it for me?" perspective).

Internet Explorer 6 is holding back the future. IE6 is the bane of every web developer's life. Released in 2001, IE6 fails to even properly support the CSS 1.0 standard from 1996. Supporting IE6 prevents us from using cool new features, standard with up to date browsers. This erodes user-experience for everyone. Additionally, the hacks and workarounds that web designers are forced to use degrades their code, and this limits progress in other areas. Above all it's simply a waste of millions of hours of human potential.

IE7 is better, but still a problem. Encourage people to get a better browser, of which there are several: Firefox, Opera, Safari, and Google Chrome, for example. Or better still, encourage them to switch from Windows to Ubuntu. :-)

I still haven't called the plumber, but I did inspect the hot water tank. It's leaking. The date on the compliance plate is 1994, so it's not ancient but a bit old. So we'll need to get it replaced, not just repaired. Nuisance value is about the same, I guess. Monday I'll have to quit procrastinating and call a plumber.

Hot water system is out

The hot water isn't. The breaker switch has flipped, so probably something in the heating element has died. *sigh* I really don't feel like dealing with a plumber or electrician. I suppose it's good that it's summer, and the water emerging from the so-called "cold" tap is luke-warm, so showers aren't a problem. And Eric's space has a separate hot water system, so if I get really desperate, I can use the shower in his bathroom.

I haven't done this, nor am I seriously considering doing it (at least not any time soon), but I really like the idea. Installing OSX on an EEE PC 901 or 1000 with an original Apple Install Disk v1.09

The first Queensland cyclone of the season

Tropical Cyclone Charlotte (and its precursor storm, and its post-cyclone phase) have been dumping lots of rain over tropical Queensland for the past several days, where it's caused floods and damaged roads. The rain is generally welcomed by locals, despite the inconveniences, though some relative newcomers to the region seem a bit shocked.

We're well south of the main storm system, but still getting a fair amount of wind and rain—enough, at least, to rattle the windows and keep us indoors. We've been keeping track of river heights through the Bureau of Meteorology's excellent website, and on Monday we spoke with the salesperson at Carlyle Gardens who said the rain was "bucketing down" there at the time.

Predictions are for an "active" cyclone season all along the Queensland coast this year, even as far south as Brisbane. The last really devastating cyclone to hit Airlie Beach was Ada, a Category 4 which came through the Whitsunday islands on 17 January 1970. At Airlie Beach, 80% of buildings were reported destroyed. The top floor of the Airlie Beach hotel was removed, and the Coral Sea Resort suffered extensive damage. On 1 March 1979, Cyclone Kerry passed the coast near Proserpine, with damage around the Whitsunday resort islands.

In Townsville, the last big cyclone was Althea, on 24 December, 1971. A smaller one, Keith, came past on 31 January, 1977 while I was living in Townsville. It crossed the coast at nearby Cape Cleveland. I recorded the wailing of the cyclone alert sirens and some of the radio announcements. The sound of the heavy rain on the metal roof was incredible.

Probably the best-known cyclone to hit Australia was Cyclone Tracy, the Christmas-eve storm that destroyed most of Darwin in 1974. A more recent well-known storm was Cyclone Larry, 20 March 2006, which caused severe damage to the town of Innisfail and pretty much destroyed the North Queensland banana crop for that season.

The Bureau of Meteorology explains tropical cyclones, and shows the storm tracks over Australia. 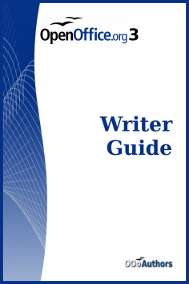 I've now published the paperback version of the OpenOffice.org 3 Writer Guide. The text is also available on the OOo wiki and in free PDF (suitable for onscreen viewing).

The Airlie Beach Post Office's site lease expired at the end of July, but it has stayed open pending various negotiations. Meanwhile rumours abounded regarding the possibility of a local business running a post office agency in town (with the main PO moved to Cannonvale, the next suburb), and the eventual fate of the Airlie Beach post office boxes. This has been of considerable interest to us, because Australia Post does not deliver mail to where we live.

We finally got the official word in a letter from Australia Post (dated 30 Dec 08) that arrived today. The official Post Office in Airlie Beach is to close. A Post Office agency will be available in February 2009 via the Newsagency.

If we were not moving out of town anyway, this would be a hard decision. On the one hand, walking to the nearby Post Office five times a week is an important part of our exercise program; walking every day to Cannonvale (nearly 4 km), especially in summer, just isn't going to happen. On the other hand, changing our box number doesn't appeal either, even with the PO giving a free six-month redirection.

Since we are moving, we've decided to keep the box number and just collect the mail once a week when we drive to the supermarket in Cannonvale for our regular shopping. No need to change box numbers when we'll be changing our postal address completely later this year anyway.

New Year's Eve was unusually quiet, other than the noise of the fireworks going off—twice: they do one set at 9PM for the kids and then another at midnight. Both sets are launched from a point of land clearly visible from our balcony. The forecast thunderstorm did not materialise, so we sat outside to watch. This is a party town, and the bars close very late (3 am or later, in some cases), so we often have people staying in rooms near us who reel back in the wee small hours, singing or shouting, frequently swearing loudly, and then banging loudly on doors (presumably to awaken whoever went to bed earlier), demanding to be let in. We expected some of that last night, but heard nothing. What it was like in other parts of town, we have no idea.